“Dark Social” is like digital word of mouth. Coined in 2012 by Alexis Madrigal, a former deputy editor at The Atlantic, the term describes inbound traffic that’s hard to trace by virtue of its source. Dark social usually appears in your analytics as direct traffic. It looks like someone entered the website’s main page or one of its larger subpages, like TheAtlantic.com or TheAtlantic.com/Politics, straight into their browser’s nav bar. At the time of Madrigal’s piece, Dark Social was said to account for 56.5% of The Atlantic’s traffic, which made both the publication and digital marketers take notice.

Dark Social includes text messages, email, encrypted chat apps like Signal and Telegram, mobile apps like Reddit, gaming systems like Playstation, etc. The reason why word-of-mouth is such an apt comparison is that the link is usually just copied and pasted directly into a more private medium of conversation, and then sent to someone as close as a friend or family member or as distant as a stranger in-game.

What is the impact of dark social?

Dark social is less frequently called direct social or dark traffic. It’s not to be confused with the dark web or deep web. Dark social was first thought to be primarily the domain of those 55+, who accounted for 46% of dark social users, followed by the 16 to 34 group at 19%, as reported by HootSuite in 2017. This made sense considering that, at the time, folks over 55 were still getting used to smartphones and the internet in general while younger users were still comfortable using social media. Now, however, those numbers and attitudes have changed.

Vogue Business studied the communication habits of Gen Z, which is the name for those born in the mid-to-late 90s to the early 2010s. Gen Z is said to currently account for 40% of global consumers. What the outlet found was that Gen Z was spurring social media platforms in favor of dark social communication methods like encrypted messaging apps and gaming platforms. Gen Z feels that public communication channels discourage authenticity. This desire for privacy is multi-faceted. Gen Z distrusts both corporations and the government, who they expect to exploit their data. Gen Z is also more concerned with how they’re perceived on social media.

Additionally, Vogue reported, Gen Z is more likely to use social media for entertainment rather than as a way to communicate with others, express themselves, or get news. This is partly why, as observed by Business Insider, such a significant portion of Gen Z users are abandoning social media in general. Facebook is taking a particularly hard hit. 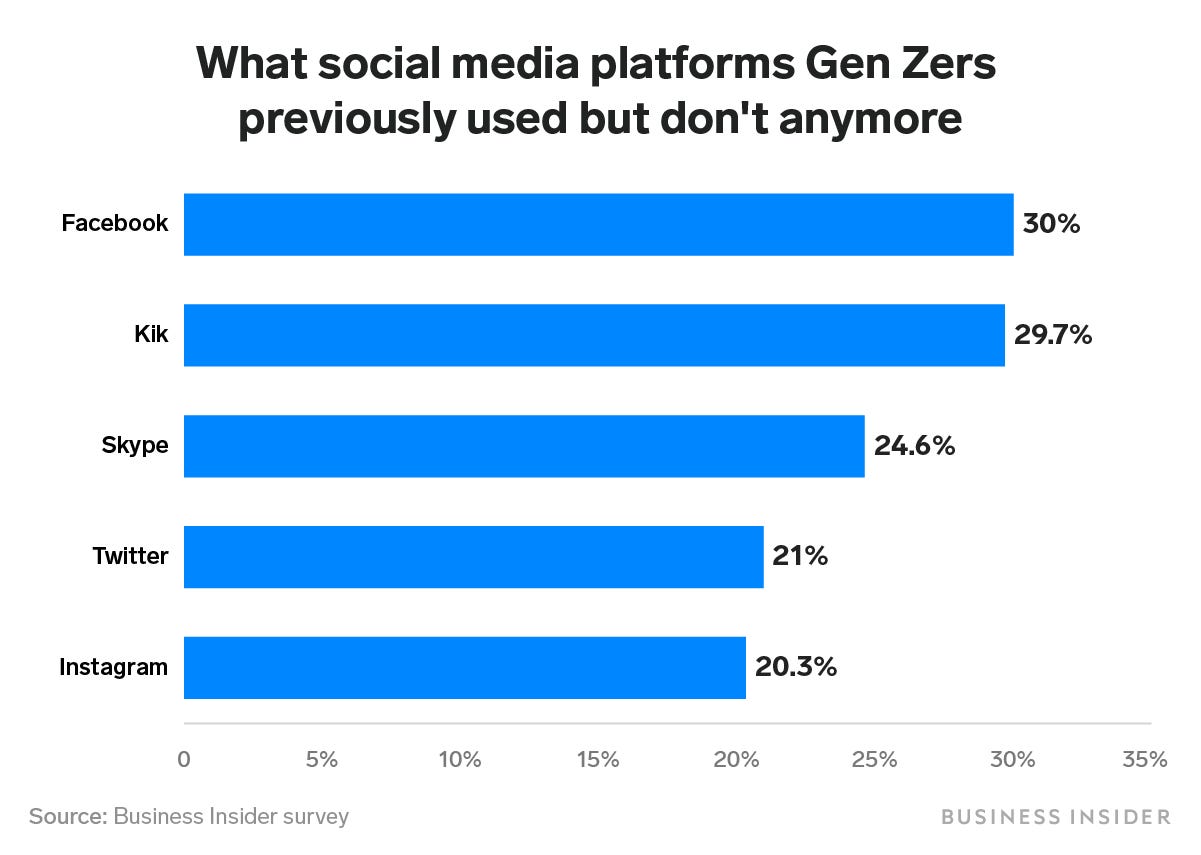 How do companies deal with dark social?

In response to these changes, the way brands deal with dark social has evolved. There are still go-to tactics that guide the way in which information is shared so that data can be more easily studied. This includes:

Companies, however, are also creating content with the intent of having users share it directly within the dark social arena. As Vogue reported, Livity, a youth marketing agency partnered with Giphy and Playstation to make Playstation-branded GIFs that users would share while in-game using WhatsApp. According to Gify,  the GIFs have been seen at least 1.4 billion times. Other companies, meanwhile, have been creating communities for their customers, which can be done using platforms like Slack or WhatsApp. 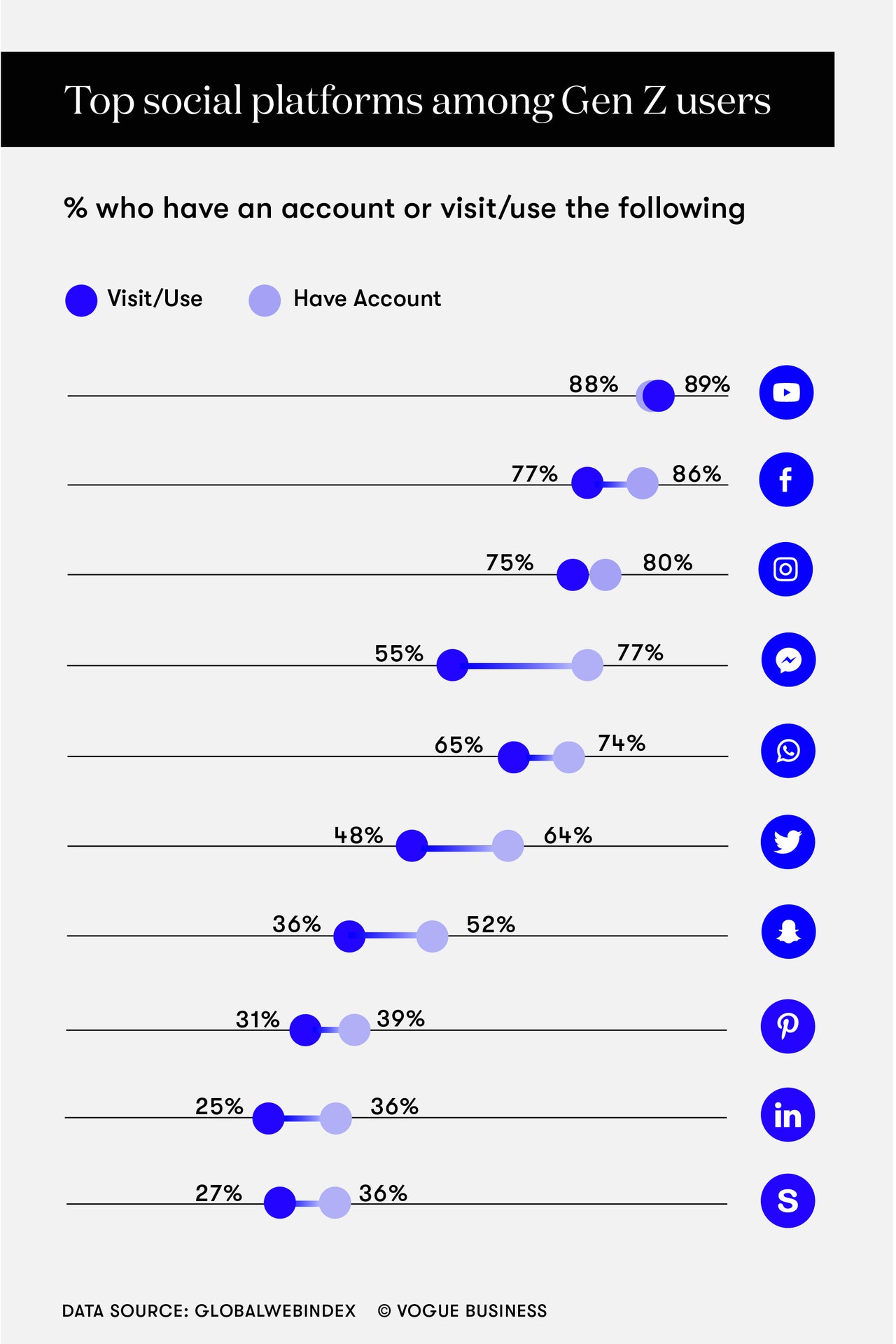 Gen Z is also moving toward video as the focus of their digital entertainment. Youtube is still the dominant player. Vogue reports that video is estimated to account for 82% of all web traffic by 2022. The popularity of video has inspired brands to partner with influencers to drive traffic. Crocs, for example, created an account on the increasingly popular video app TikTok to target Gen Z customers. Quickly, the Croc TikTok account had 82,000 followers more than the company’s Twitter account. Using their brand ambassador, the popular musician Post Malone, Crocs launched the hashtag #ThousandDollarCrocs. A reference to one of the artist’s lyrics, the hashtag generated at least 2.5 billion views. The promotion was a smashing success!

Dark social will remain a sizable portion of your web traffic, so making it less opaque is certainly in your best interest. Digital marketers will continue to respond to the challenge of dark social using different means, crafting unique campaigns as well as clever new ways of shaping how people share their information, what will remain unchanged is that engaging content is what drives traffic above all else. Want to improve your brand? Do something good!